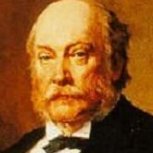 Map Keys and You!

By The Velvet Gentleman, April 26, 2017 in Player Resources