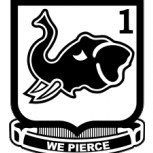 By CarnageINC-, April 5 in Gameplay